Opening tonights meeting our President Harry Jackson paid tribute to Bill Early who sadly died on 29th October.
Bill had been a member of the Society for many years and will be sadly missed. Bill was well known for his passion for collecting Postcards and, along with Eric Eunson, had a book published entitled "Old Dundee". The book contained many of Bill's Postcards showing images of Dundee from the past.

Tonight's guest was Alan Blakeley of the Caledonian Philatelic Society who entertained us with displays entitled US National Parks & Newfoundland/Maritime Colonies. 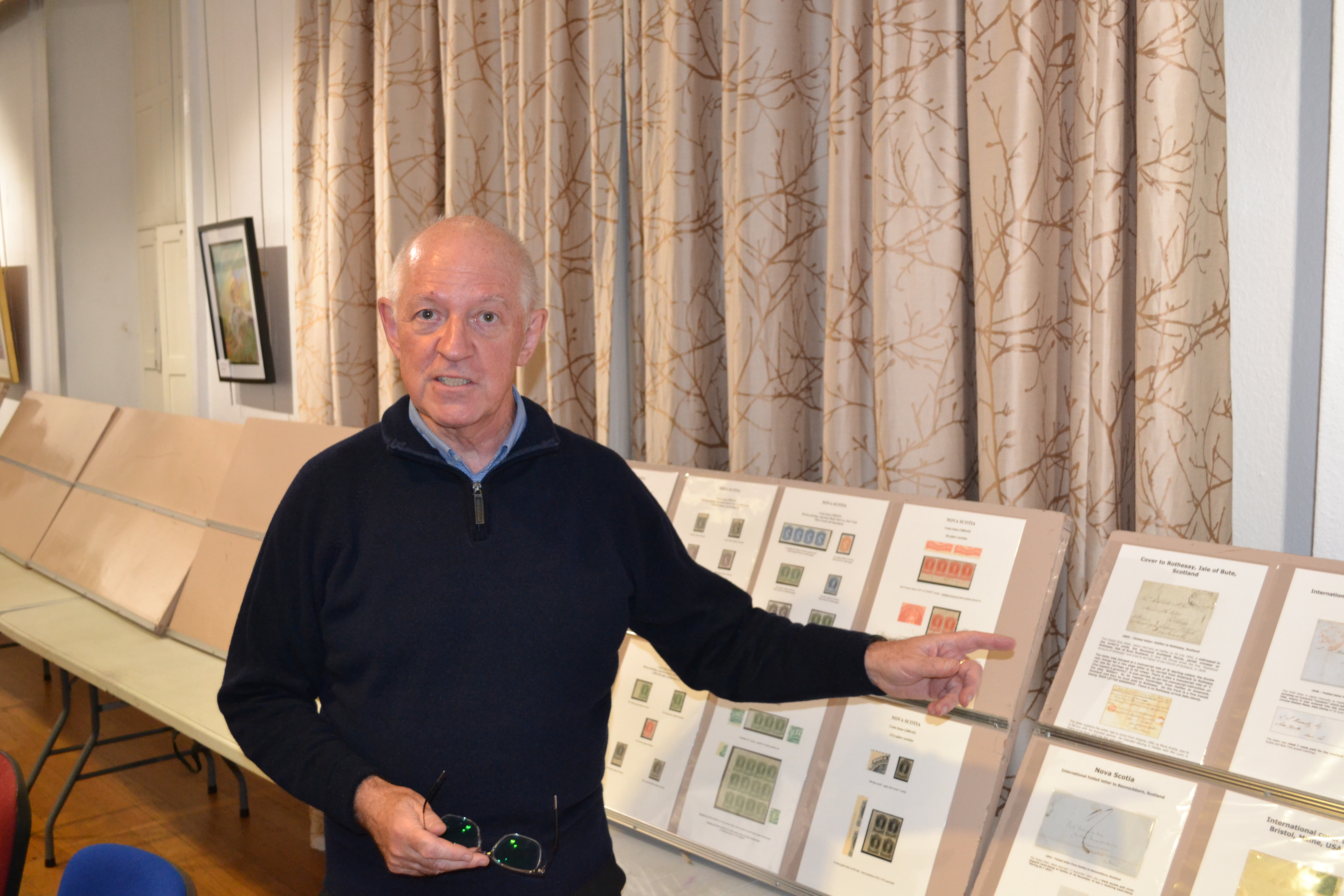 Part One: - US National Parks.

The first part of Alan's display covered the US National Parks.
Along with Stamps and covers of all the National Parks and Monuments Alan's display also concentrated on the historical aspects of the planning and creation of the parks along with details of the people involved.
He started with The Lewis and Clark Expedition (1804-1806). The expedition was to explore and to map the western half of the continent and study the area's plants, animal life, and geography. From then the display concentrated on the The National Parks Service and people who were instrumental in creating the parks including Presidents and influential people like John Muir. 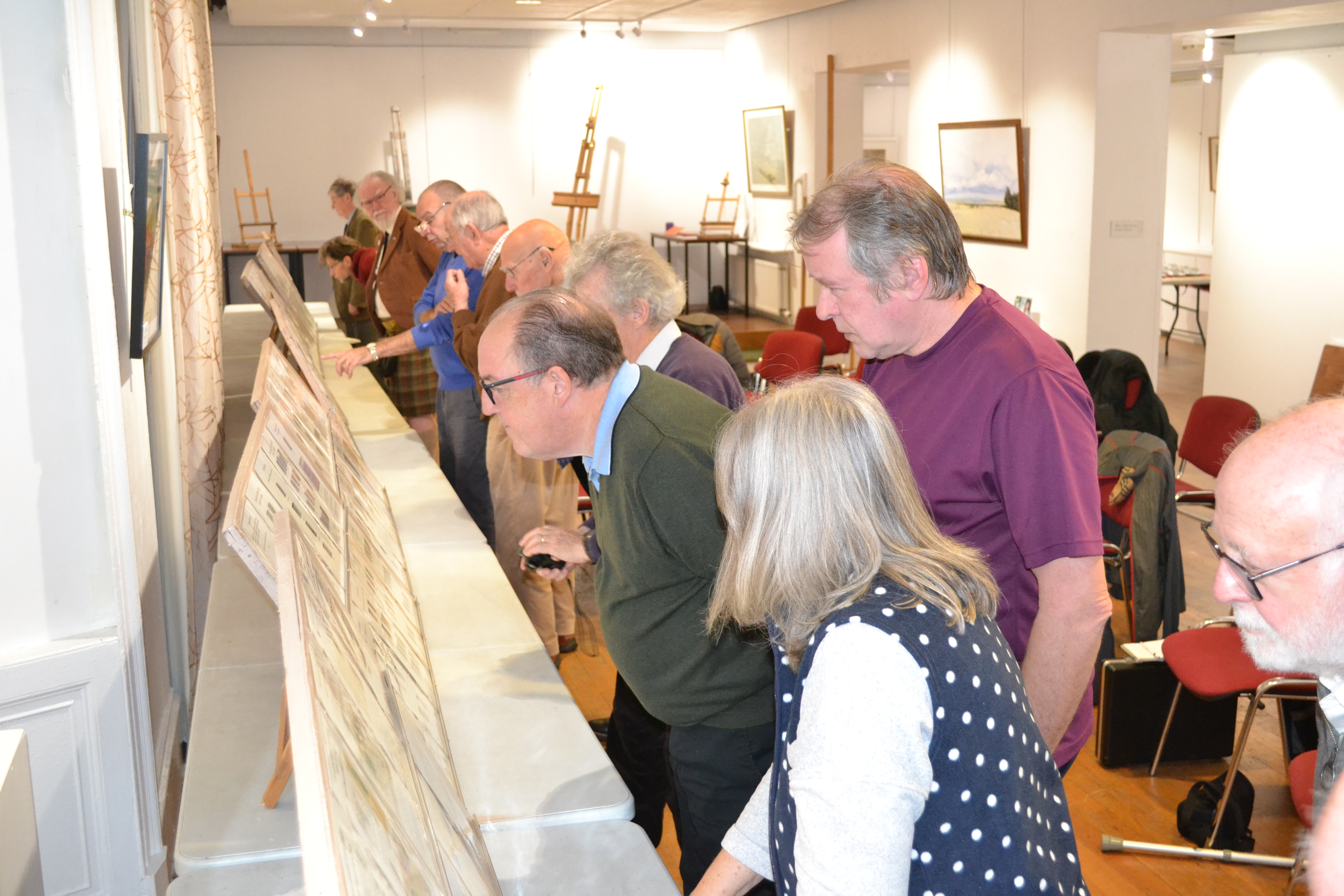 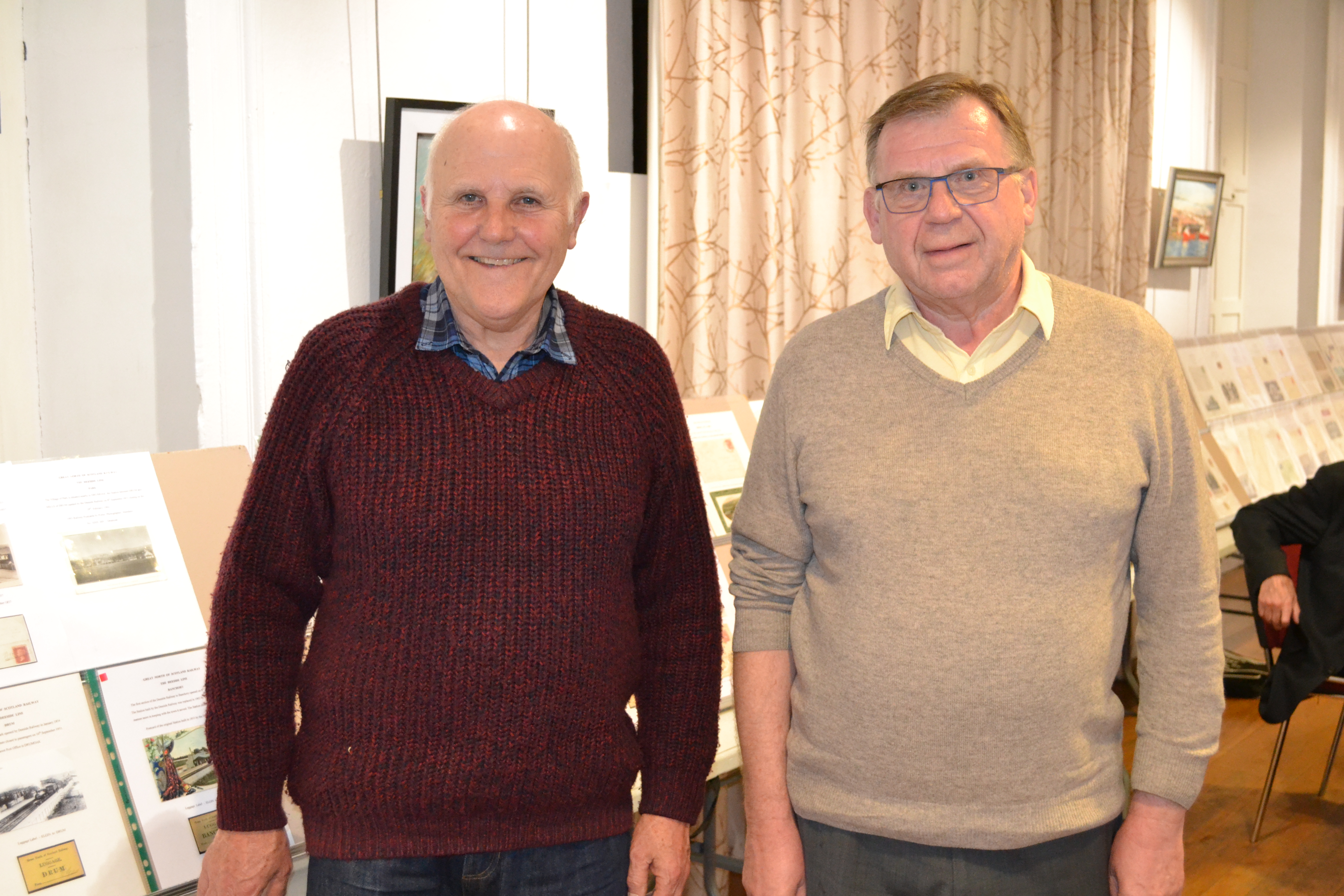 Tonight we had a visit from Aberdeen Philatelic Society. Graham Searle treated us to a display of a range of items from Canada and Bruce Walker's display was entitled "A Trip to Aberdeen." 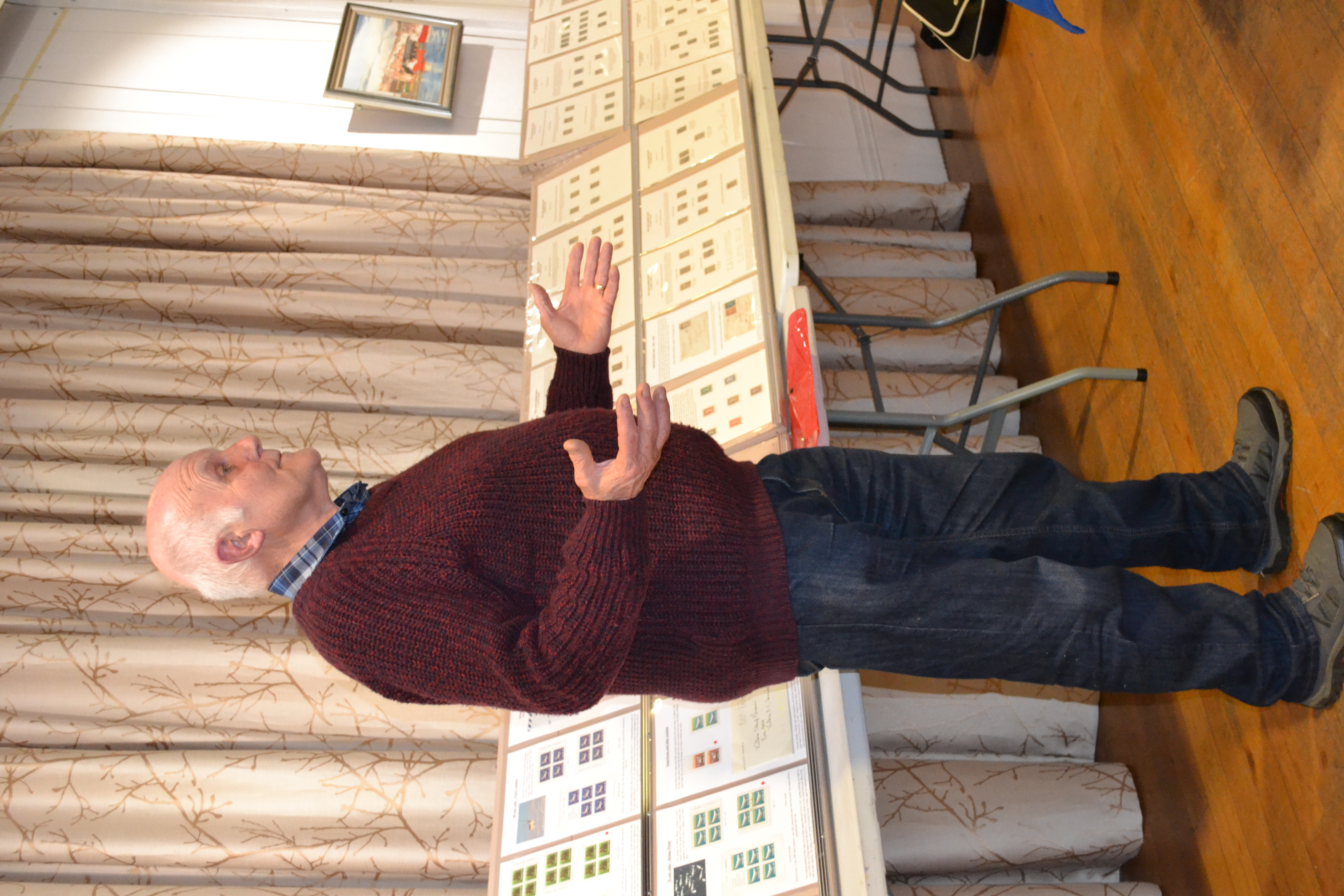 Graham's display consisted of four sections, covering different topics, of Canadian items.
The first part of the display included a selection of colourful and varied advert covers covering the history of the Nova Scotia Provincial Exhibition. There was an interesting article about a tragedy which occured in the waters of Halifax, Nova Scotia when two ships collided. One was carrying explosives and caught fire causing an enormous explosion. 1,782 people were killed and an estimated 9,000 others injured.
The second part consisted of a beautiful selection of modern stamps. These were medium value definitives of Canadian Mammals.
Part three covered "The Large Queen's Issue". These stamps were first issued on 1st April 1868 following the creation of the Dominion of Canada in 1867.
In part four Graham displayed a series of "Cross Border Covers" from 1800 to 1850. This was mail sent across the border between Canada and the United States. Graham explained about the complexities of this during this period most of which was before the first stamps were issued. 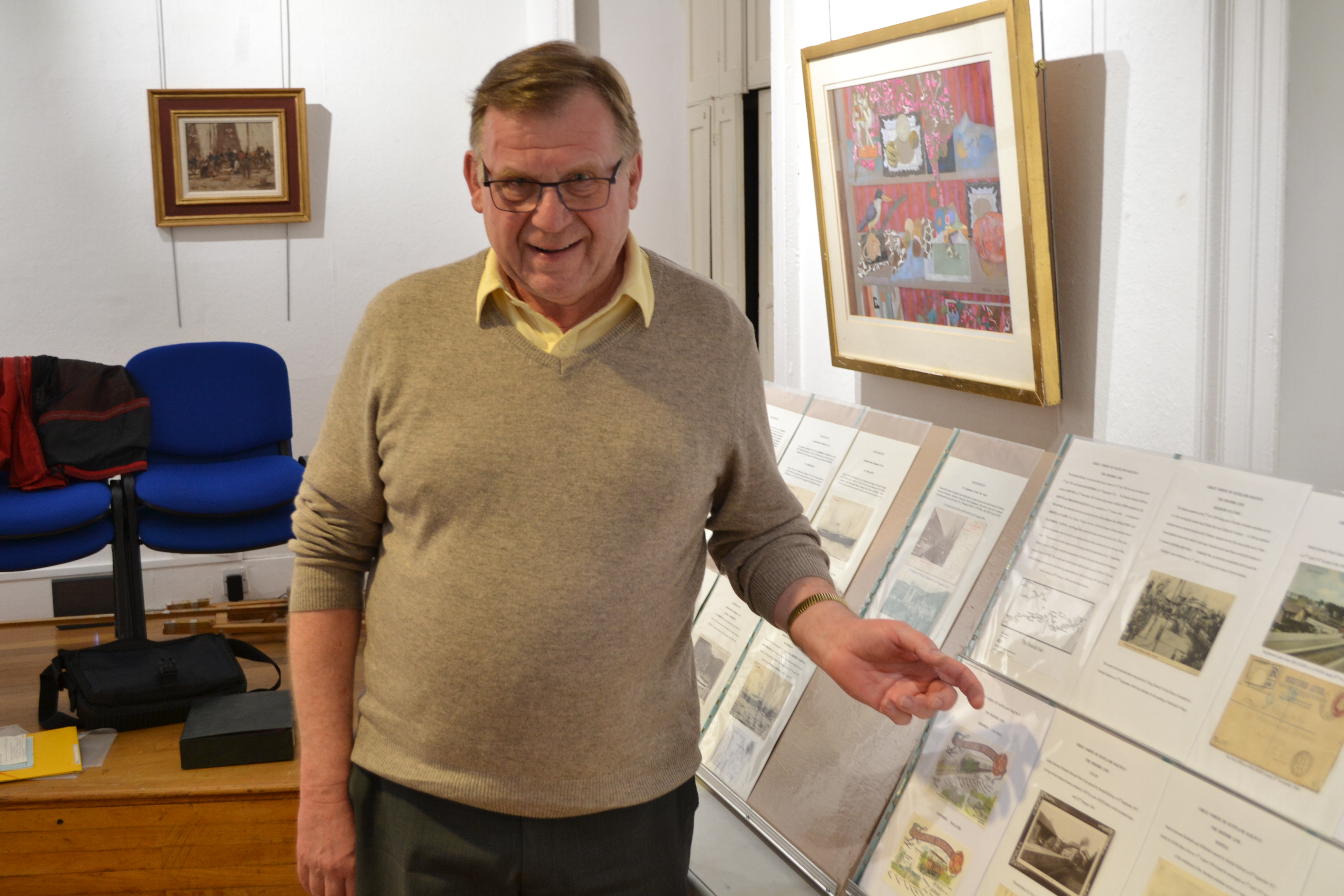 Bruce took us on a philatelic journey with a display entitled "A Trip to Aberdeen".
The first part of the journey was by ship. This was a display of Postcards of early ships that had a connection with Aberdeen, and sailed to destinations including London, Newcastle, Hull, Hamburg and Rotterdam. The next stage was a journey by train along the Deeside line to Balmoral. There was a selection of Postcards and Mail celebrating the Stations along this route. The old rail line is now a "Rail Trail" for Cycling and Walking.
The journey concludes with a visit to Balmoral. On display were some facinating items relating to Balmoral. These included Postcards, Letters, Covers with a close link to Balmoral from the Reign of Queen Victoria, Edward VII, George V, George VI and Elizabeth II.
Also included were a selection of colourful invitations to balls at Balmoral Castle. 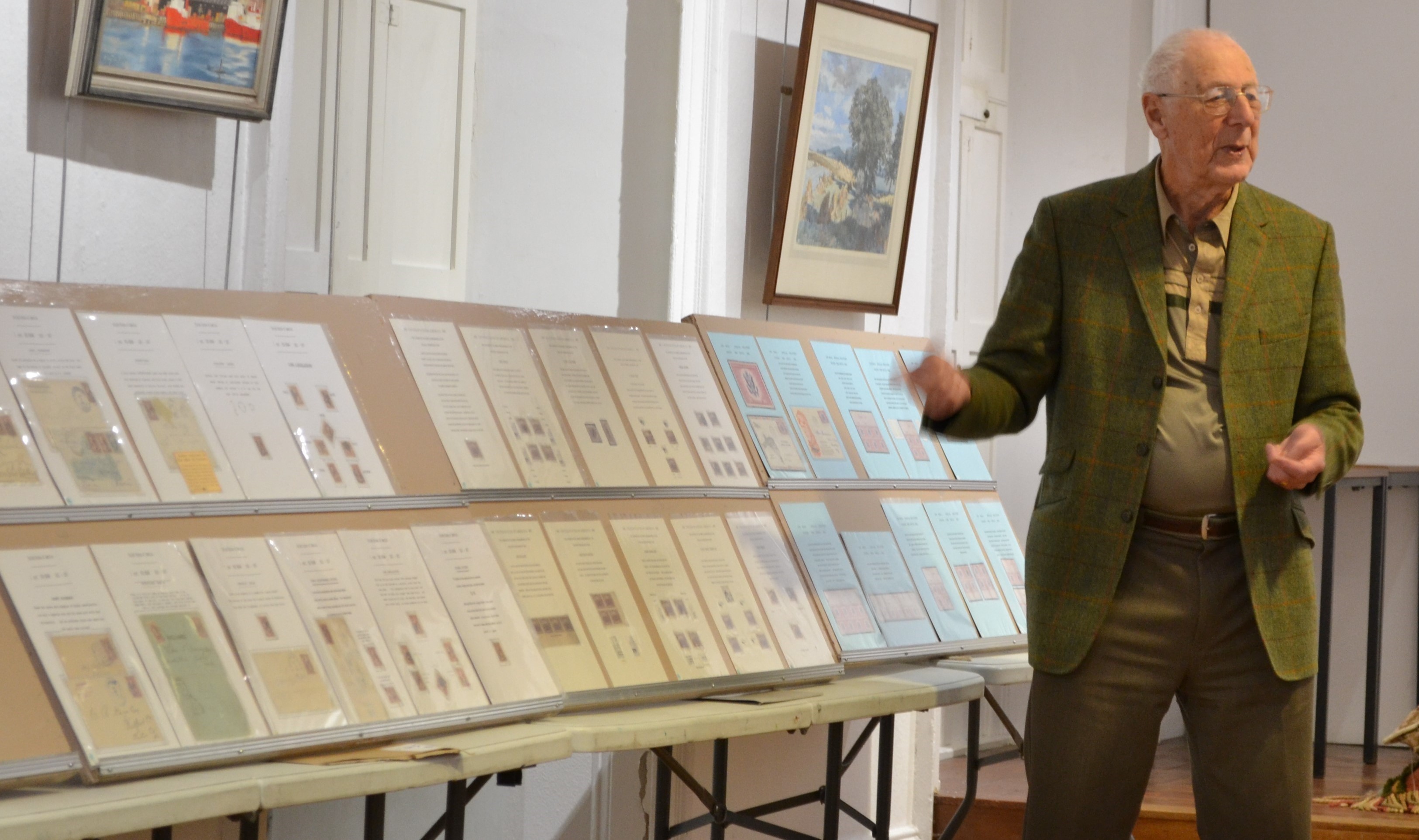 There was another good turnout on Thursday evening and we were treated to a display by Tom Erkine on the topic of 'USA Stamps Pre-1940'.
Tom displayed a wide range of material from that era and overall, it was an outstanding display. 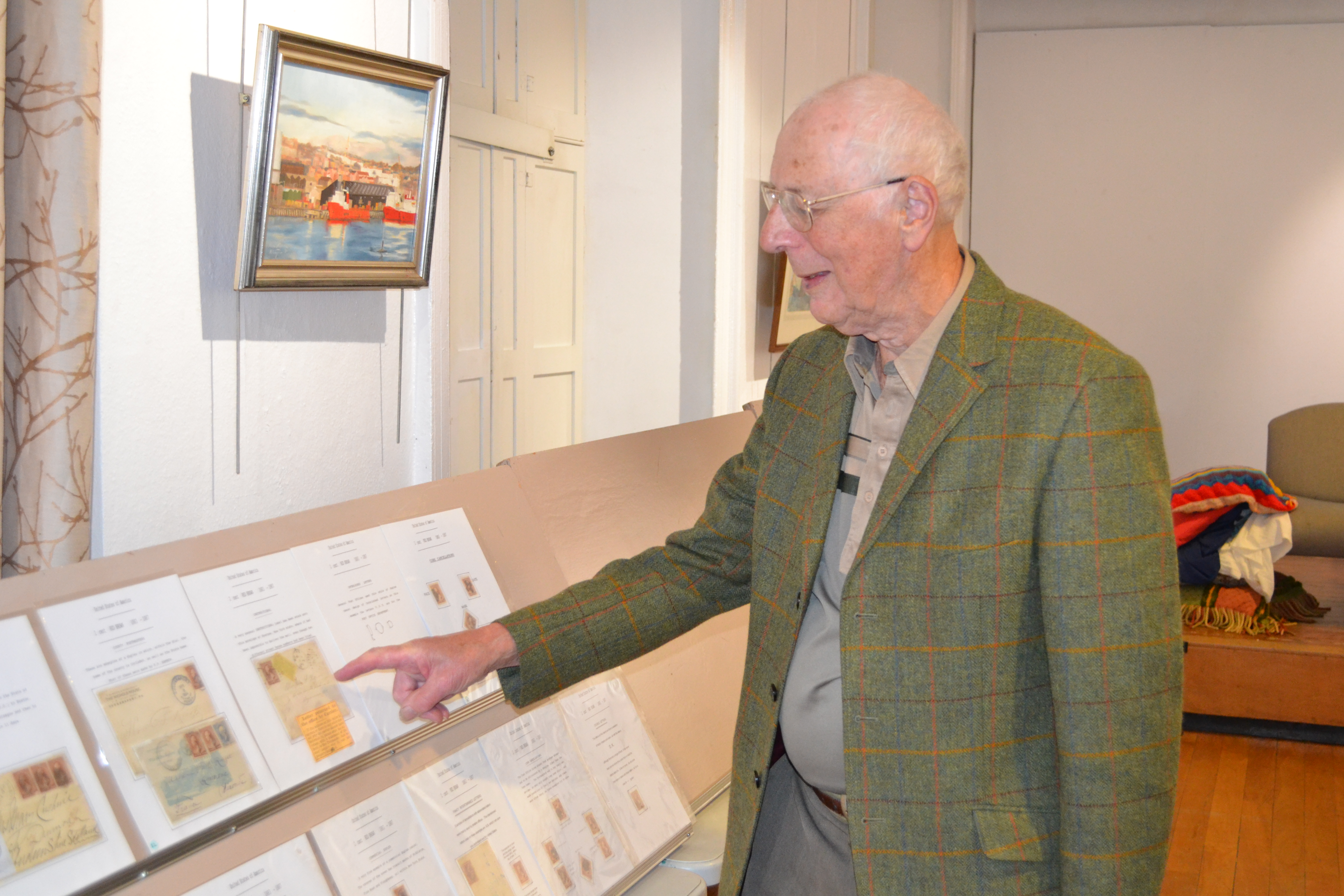 Some of the highlights were: -

Exposition Commemoratives: - Tom displayed a range of material related to the early Expositions which inluded Stamps, Covers, Tickets and Postcards. (The first USA Commemorative Stamps were issued for the 1893 Columbian Exposition in Chicago).

Airmail: - There were many airmail related items on display including: - Zeppelin, Helicopter and Seaplane Covers. Crash Covers and a section dedicated to Charles Lindburg. 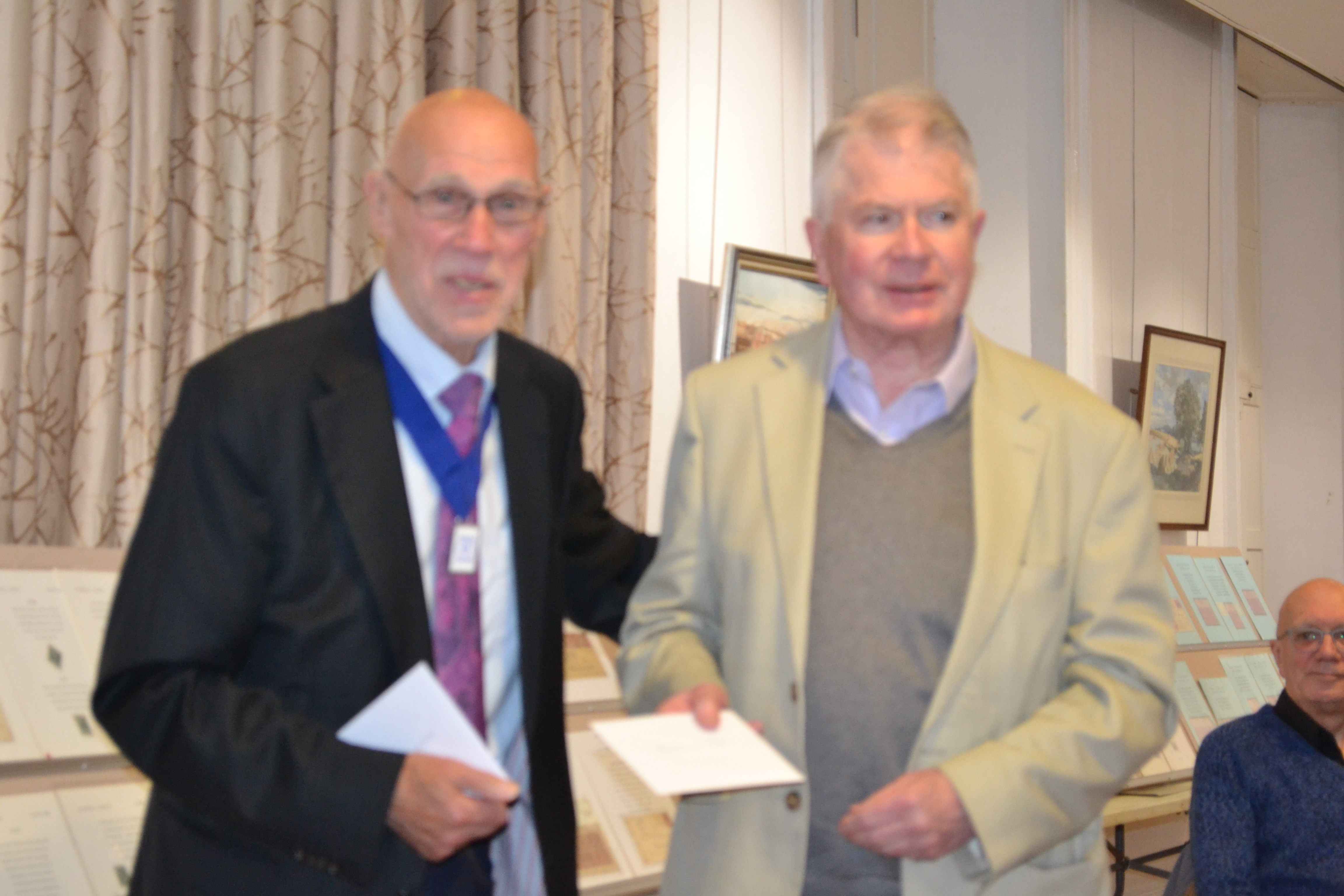 At the end of the evening our President, Harry Jackson (Left), made a presentation to Robert Duguid who is leaving the area.

Robert has been a member for over 40 years and will be missed by all.
In that time he has been Society President and laterly held the Office of Treasurer.

Although Robert is moving away he still remains a member and we look forward to seeing him on our Zoom meetings. 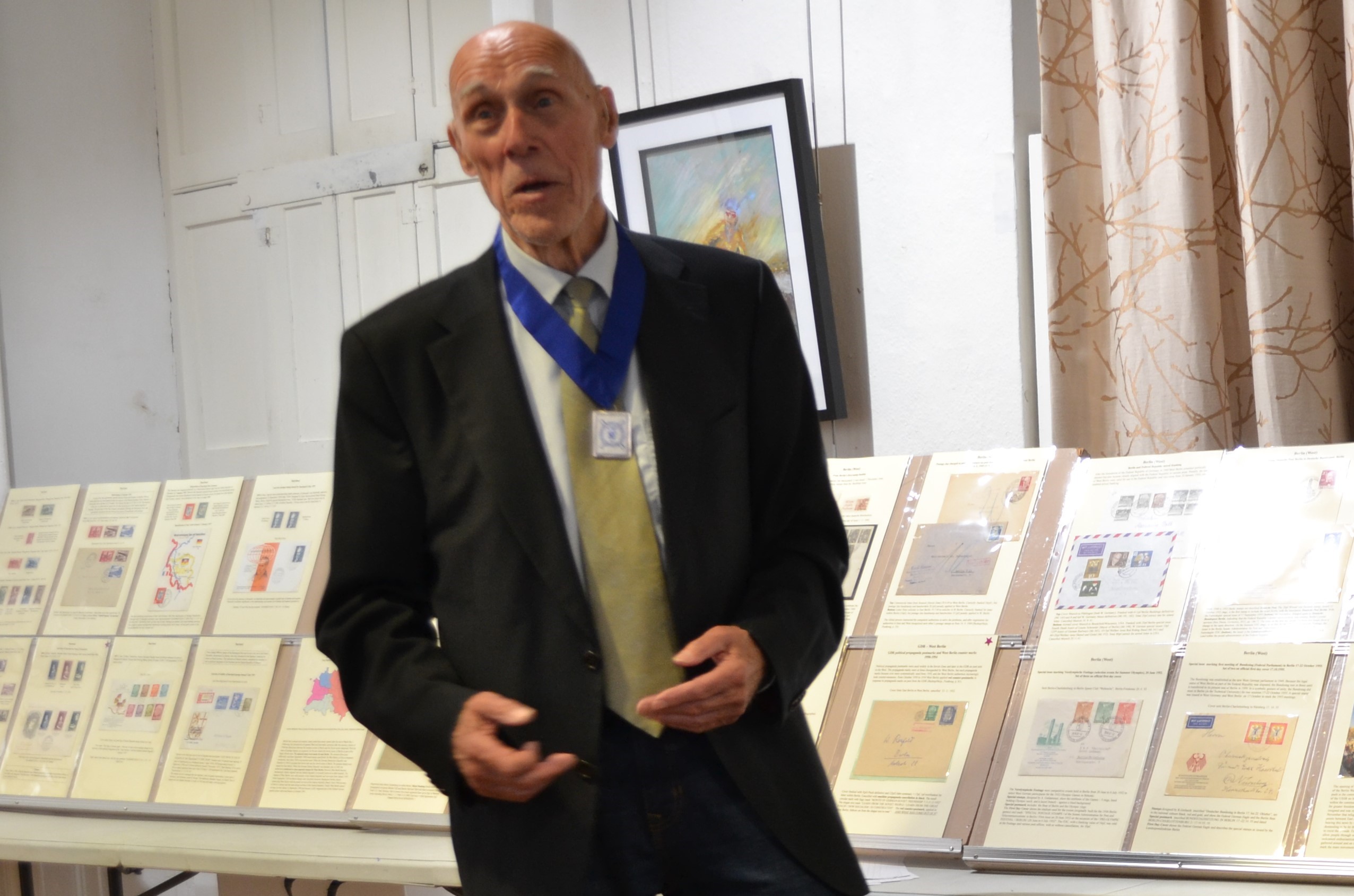 As is customary the President began the new session with a display, and this year's President Harry Jackson displayed a fascinating collection of material entitled "Germany from Third Reich to Federal Republic." Harry's presentation covered a turbulent period in the history of Germany from 1933 to the present day. The material Harry displayed encompassed, the rise of the Third Reich, World War II, Post War Occupation Zones, Division into Federal Republic of Germany and German Democratic Republic, plus from Unification to the present day.
There was a good turnout for the first meeting of the new session and all present found it enthralling and historically enlightening. 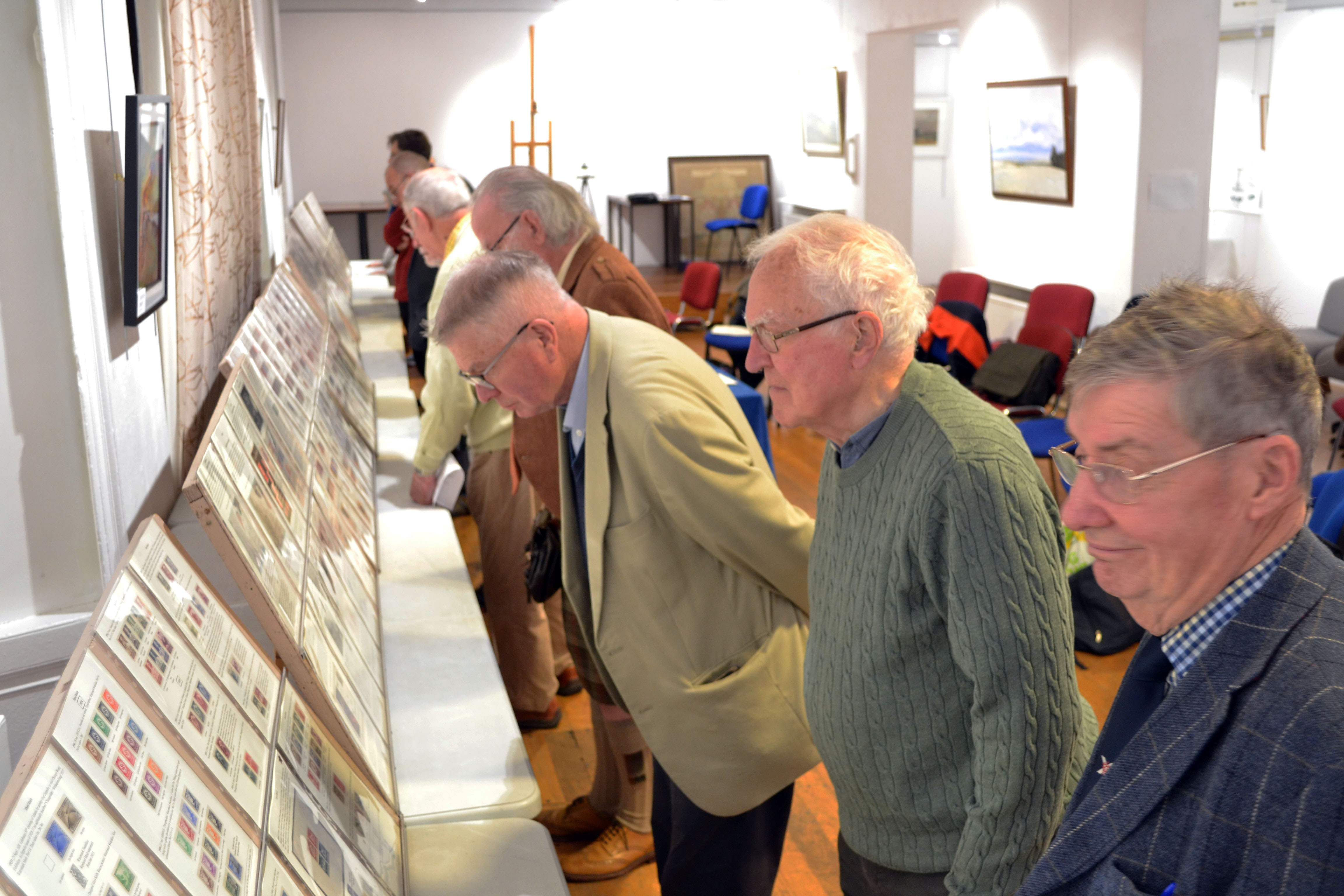 The President's Display: Part One:

In part two Harry covered the period from 1945 to the present day.